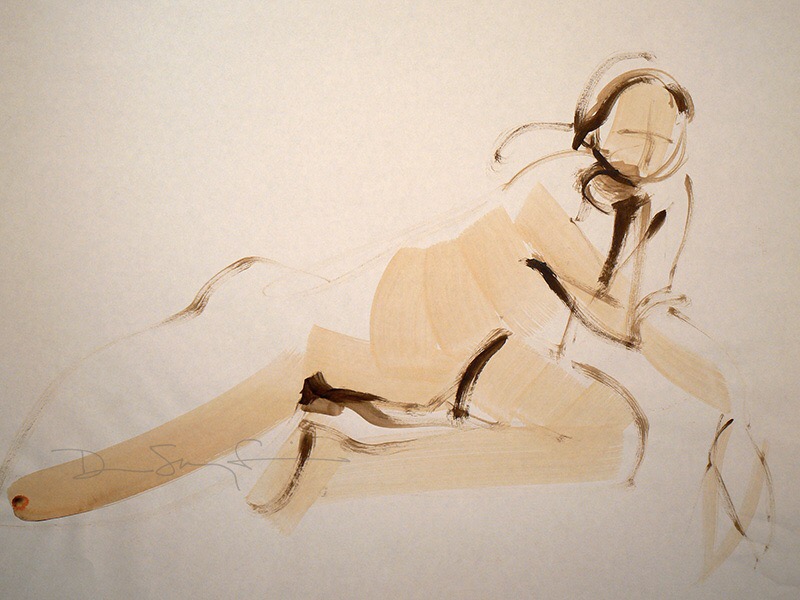 A Figure A Week ‘Brushy Woman’

I’ve always loved calligraphy. I often wonder how I can make my Figure paintings have some of the same qualities as calligraphy, that looseness and quality of line. I’ve done some poking around on the internet trying to find some modern day interpretation of figures done in a sumi like style, but I haven’t found much. I have found a couple of images of painters with enormous brushes filled with a bucket load of paint, which seems like a fabulous idea. But I haven’t felt moved to replicate this process.

On occasion I draw with a piece of charcoal on the end of a long bamboo stick which is an interesting exercise. You have less control of your line which seems kind of opposite to the whole idea of the beauty of calligraphy. But what I like about it is that it creates line that is a little unexpected with more variation and uncontrolled flourishes.

A Figure A Week

A Figure A Week
Scroll to top